Beyblade Games For PC has taken the world by storm and has driven the fantasy and imagination of many kids to believe in a parallel world. There is a lot of nostalgia and excitement attached to the idea of fighting with beyblades and make sure you can live out of this world experiences that you wanted to try as a child.

You can start a league daily matches against different opponents to make the most of your free time. Go ahead and live a life of nostalgia and excitement. 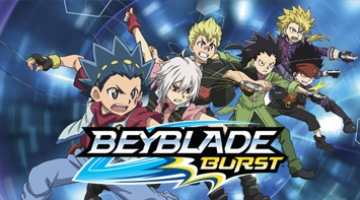 No, we are not talking about Mike Tyson’s Punch Out here! Tyson is the name of the character that you will play as and he is the main character from the TV show. The game is set during the third season the TV show and the basics are that you want to help Tyson become the best Beyblade player in the world. Beyblade you see is a sport, a sport played with these spinning top type things.

Who Got Story In My Beyblade?

Despite being a game based on a TV show, there is actually more “gameplay” here than you would think. The game is basically spilt up into two kinds of sections. You can walk around in an overhead kind of way which gives the game a somewhat RPG feel to it. Here you can talk to people, get new stuff, find out what you have to do and move the story on and so on. It is very easy to get to grips with and the game does not throw too much your way. You also have Beyblade battles which are quite easy to get the basics of. At first, it seems super simple as you use one button for attack and one for defense.

However, you soon realize that there is more depth to the gameplay than that and you can dish out some pretty heavy-duty attacks and learn all kinds of new combos and get new spin tops and so on. I would think that unless you are a fan of the show, Beyblade: G-Revolution will probably not keep your attention for the long haul. However, I do feel that they tried their best here to make a game that actual Beyblade fans would enjoy.

16-Bit Goodness Before It Was Cool

While having 16-bit looking games is cool these days. Beyblade: G-Revolution is an original Gameboy Advance game and as a result, it has a fantastic, almost Super Nintendo kind of look to it. The walking around/RPG sections of the game have a real retro feel to them and I like that. It is the Beyblade battles though that really shines in terms of the presentation. They look pretty realistic and they have some really cool effects. It is really impressive what they managed to get the GBA to do with this game when it comes to the battles. If you are a fan of the series then you will probably really like Beyblade: G-Revolution. It follows the show very well, it actually has quite a lot for you to do and the Beyblade battles are a blast to be a part of. I am not sure if it will be enough to keep non-fans interested in it until the end. However, if you are looking for something different to play this is worth checking out.

Thank you very much for visiting our website (apps4laptop.com) and especially downloading the Beyblade Games For PC. However, we are not responsible for proper functioning of the software on your Laptop or PC (Windows or Mac). The possible reason may be not follow the instructions as given by our file, may be blocking your antivirus that consider it virus or malware or adware.
However, we tested many times on different platforms and according to our team it is working fine before uploading to the cloud storage system. Beyblade Games For PC is very popular among the users and they are very confident to use of this and still not reported any bug except some patches that been rectified within 24 hours.