Need for Speed ProStreet PC, The game begins where a former street racer known as Ryan Cooper enters a challenge day and wins it with a Nissan 240SX. Ryan is mocked by Ryo Watanabe, the Showdown King who drives a Mitsubishi Lancer Evolution X.

G Effect that are a circuit crew, ROGUE SPEED which is for drag, and Nitrocide for speed runs. Each organization has a top race team, Apex Glide, Touge Union, Grip Runners, Aftermix, and Boxcut, respectively. Ryan dominates the showdown and moves onto React Team Sessions. He then moves onto another Showdown again promoted by “Super Promotion” and dominates it. He then receives invites to elite organizations of the four Kings of Drag, Drift, Grip and Speed challenge after breaking a certain amount of specific records in each race mode. He beats them and earns their crowns and dominates enough organizations and showdowns to face Ryo. Ryan beats him and the Apex Glide team leaves Ryo. Ryan then becomes Street King by beating the kings and Ryo.

Need for Speed ProStreet has taken the series in a different direction of gameplay. All racing in ProStreet takes place solely on closed tracks, making ProStreet the first game in the series since Need for Speed II that does not animate illegal racing. The performance tuning feature is enhanced, compared to previous versions, especially Autosculpt. Unlike Carbon, where only certain body kits can be auto sculpted, this can now be applied to all body kits, including stock bumpers and wide body kits. Furthermore, some adjustments through autosculpt impact the car’s aerodynamics.

Other than game play itself, ProStreet features detailed damage modeling, unlike previous Need for Speed games (except for High Stakes and Porsche Unleashed) where damage is relatively little or non-existent altogether. The new damage system introduces more depth of damage (except on the PlayStation 2, PlayStation Portable, Nintendo DS and Wii versions, where the damage modeling has been scaled down due to the limited processing power, so the damage is similar to the previous titles) where any object in the game world has the potential to inflict cosmetic damage breaking off pieces of the car such as the hood, bumpers, side view mirrors, light damage, or heavy damage which reduces performance of a car, and even has the potential to total a car immediately after impact.

The Speedbreaker does not return for ProStreet (as the game lacks a police presence; the Speedbreaker was mostly intended for police evasion, however it returns for the Nintendo DS version of the game).

Players have a wide variety of decals, vinyls, and paint colors, all very similar to the previous games in the series. Additional extras have been added as well. Players have a huge variety of body modifications, such as rims, hoods, body kits, exhaust tips, spoilers and roof scoops.

The Autosculpt Feature, Which Was First Introduced In Need For Speed: Carbon, Is Featured In Prostreet And Plays A Significant Role In Terms Of Car Performance. Although There Are More Parts To Autosculpt In The Car, The Autosculpting Method Is For The Most Part The Same. The Hood, Roof Scoop, Front Bumper And Spoiler Can All Change How A Car Performs In A Race. Autosculpt Can Affect Everything, From A Car’s Handling To Its Downforce. Prostreet Now Allows The Player To Modify Stock And Wide Body Kits As Well As Hoods, Roof Scoops, Wheels, Spoilers Etc. A New Feature Called The Windtunnel Is Introduced On The Pc, Playstation 3 And Xbox 360 Versions Of The Game. It Is Not Available On Wii And Playstation 2 Versions. The Windtunnel, Along With Autosculpt, Can Affect A Car’s Performance. 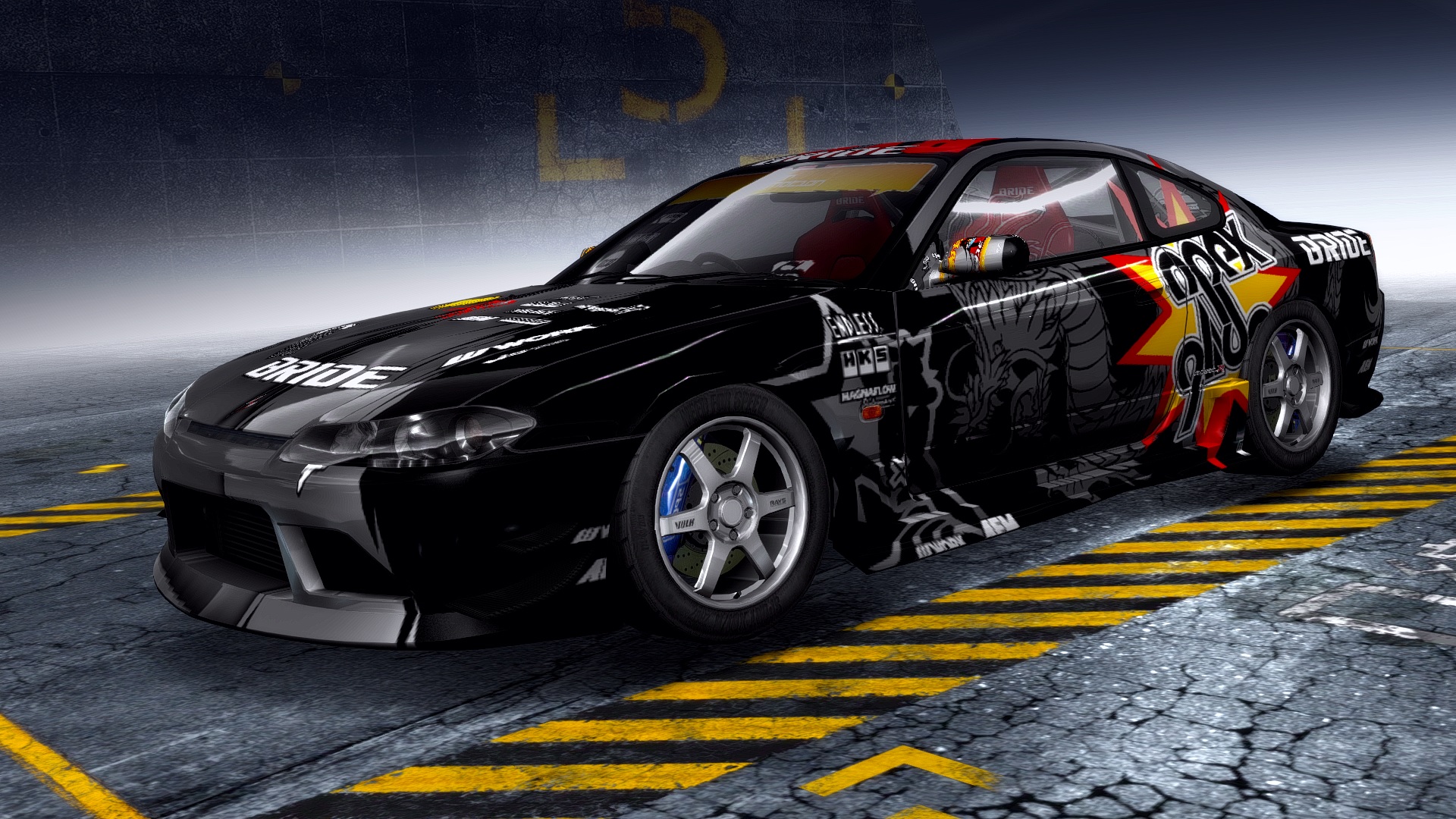 Many Of The Races Take Place On Well-known Roads. Locations Include Chicago (meigs Field Airport; Now Disused), Nevada, Europe, Tokyo Dockyard (daikoku Futo Parking Area), And The Autobahn (a100 Berlin Ring Road). The Texas World Speedway, A Real Track In Texas Used By The Scca And In The 70s Nascar, And Also The Infineon Raceway, Available In The Nascar Configuration As “gp Circuit” And Ama Configuration As “long Circuit”. The Game Also Includes Many Other Real World Tracks Such As Portland International Raceway And Willow Springs International Motorsports Park In The Us, Autopolis And Ebisu Circuit In Japan, And Mondello Park In Ireland. The Tracks Are The Same In All Versions Of Prostreet.

Online Modes Are Not Featured In The Playstation 2 And Wii Versions. However The Playstation Portable, Nintendo Ds, Xbox 360, Playstation 3 And Windows Pc Versions Feature Online Mode. Unlike Previous Need For Speed Titles, It Is Much More Integrated Into The Game; As Long As A Player Is Connected To The Internet And Logged In, His/her In-game Progress Is Recorded For The Purpose Of Online Leaderboards. A Player’s Custom-built Car Can Also Be Shared Online Via Blueprints, With The Creator Being Given Credit Whenever Their Car Setup Is Used For A Leaderboard. Online Features Have Been Discontinued On The 19th Of March 2012

The Game Begins Where A Former Street Racer Known As Ryan Cooper Enters A Challenge Day And Wins It With A Nissan 240sx. Ryan Is Mocked By Ryo Watanabe, The Showdown King Who Drives A Mitsubishi Lancer Evolution X.

With The Developers Saying “street Racers Are Moving Off The Street And Onto The Track”. It Was Followed By Need For Speed: Undercover In 2008, Which Returned To The Formula Defined By The Previous Games, But Received Lukewarm Reception, Due To Its Bad Gameplay. Need For Speed: Prostreet Is Generally Classified As A “simcade”, A Mix Of Realistic And Arcade Gameplay.

The Need For Speed Franchise Would Dip Its Toes Again Into The Simcade Genre Of Racing Games, In 2009, With The Release Of Need For Speed: Shift, Developed By Slightly Mad Studios.

For example, Superman’s character property provides a short-term increase in strength, while batman’s character is called the Batman character, which is robotic. DC depends on many places of the Universe, such as the Fort of Solitude, Metropolis and Batkev, interactive environments and many places. If an opponent is killed with an important attack near a corner of the arena, then it launches them, takes the conflict to a new section of the phase and an infection activates the animation.

Each section also contains things that characters can socialize in different ways depending on their type. As an example, a gadget character like Batman can engage the bomb in the car to cause the explosion, while a superman like a superman will pick up the same car and destroy it against its opponents. Players have the option of closing interactive elements and phase infections.

There will be different kinds of racing cars in Need For Speed ProStreet Free Download and each of them has to be unlocked before it can be used. In the game players will be able to play specific kinds of races each with different tasks and conditions, one has to meet all the conditions of a race to achieve the maximum points out of it. Each car in the game has different features and different tops speeds, by reaching the higher levels of the game one can unlock and purchase better cars in order to perform better on the race track.

He also took care of high-quality graphics. It ideally imitates the real race. game associated with many rounds of regenerative life bars, the Insulter Killer uses a plan like the Instinct Series. Each match consists of a single round with each player having two life strips.

Thank you very much for visiting our website (apps4laptop.com) and especially downloading the (Need for Speed ProStreet PC). However, we are not responsible for proper functioning of the software on your Laptop or PC (Windows or Mac). The possible reason may be not follow the instructions as given by our file, may be blocking your antivirus that consider it virus or malware or adware.
However, we tested many times on different platforms and according to our team it is working fine before uploading to the cloud storage system. (Need for Speed ProStreet PC) is very popular among the users and they are very confident to use of this and still not reported any bug except some patches that been rectified within 24 hours.